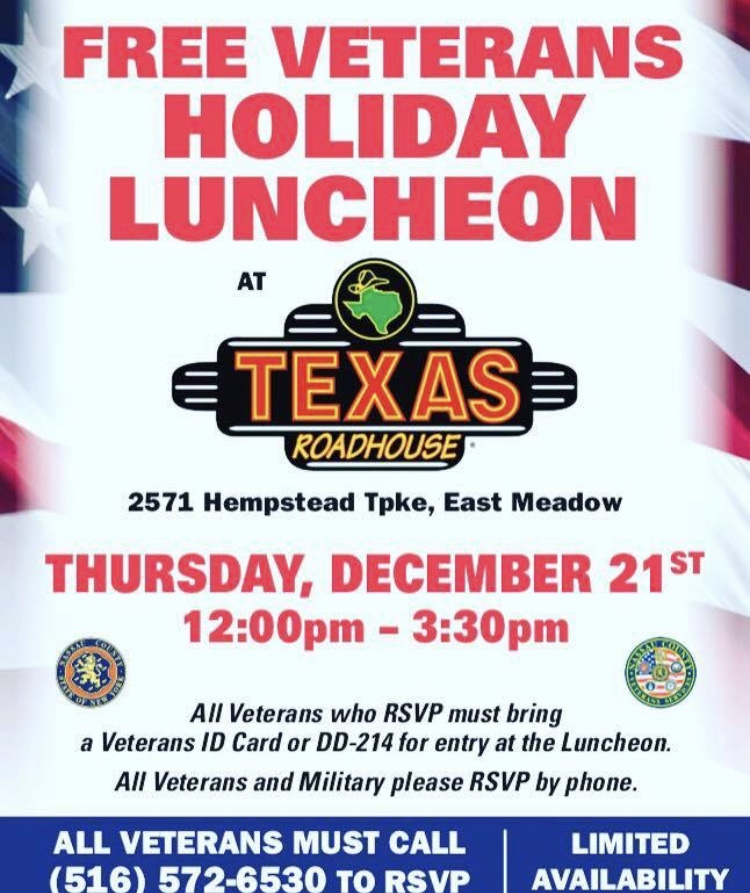 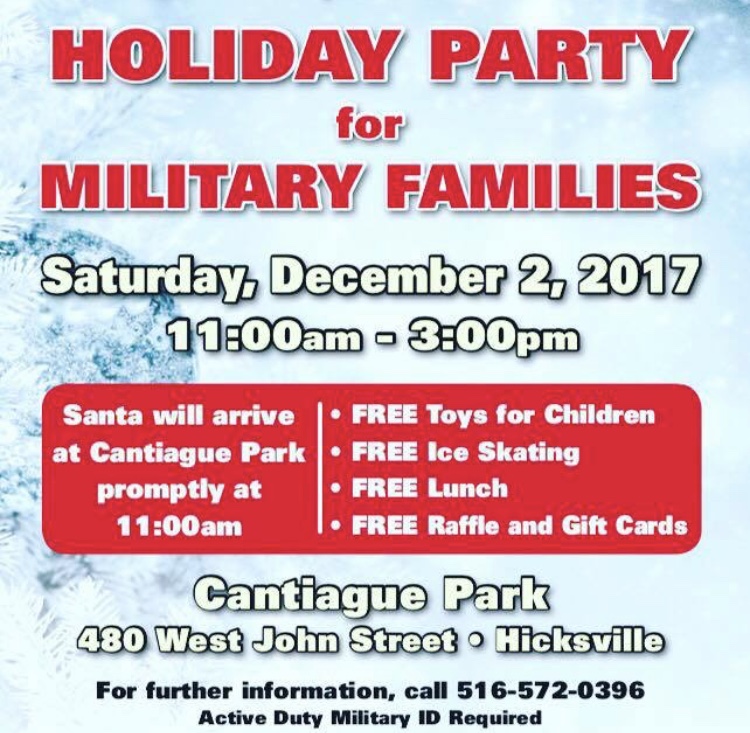 Filed under: Events
Comments: Comments Off on Holiday Party for Military Families 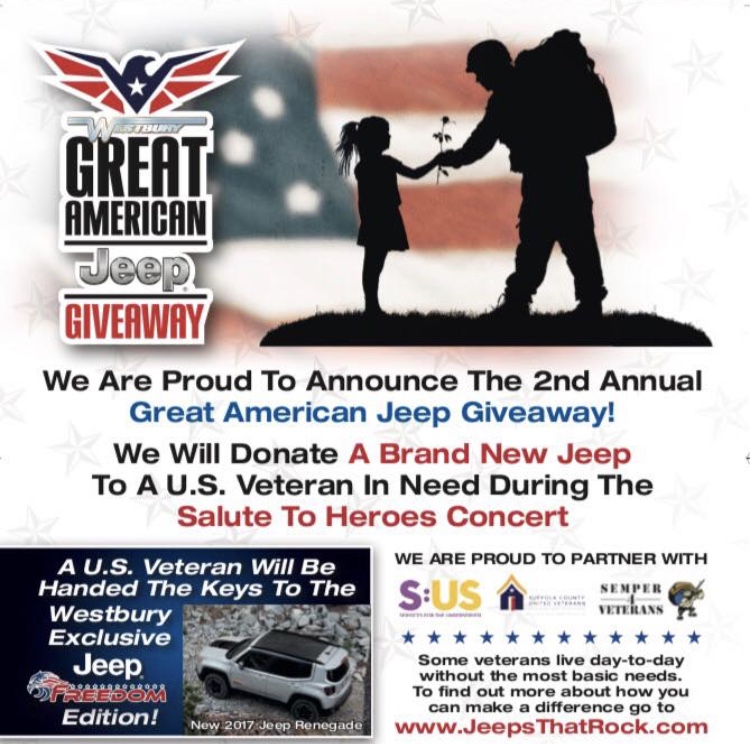 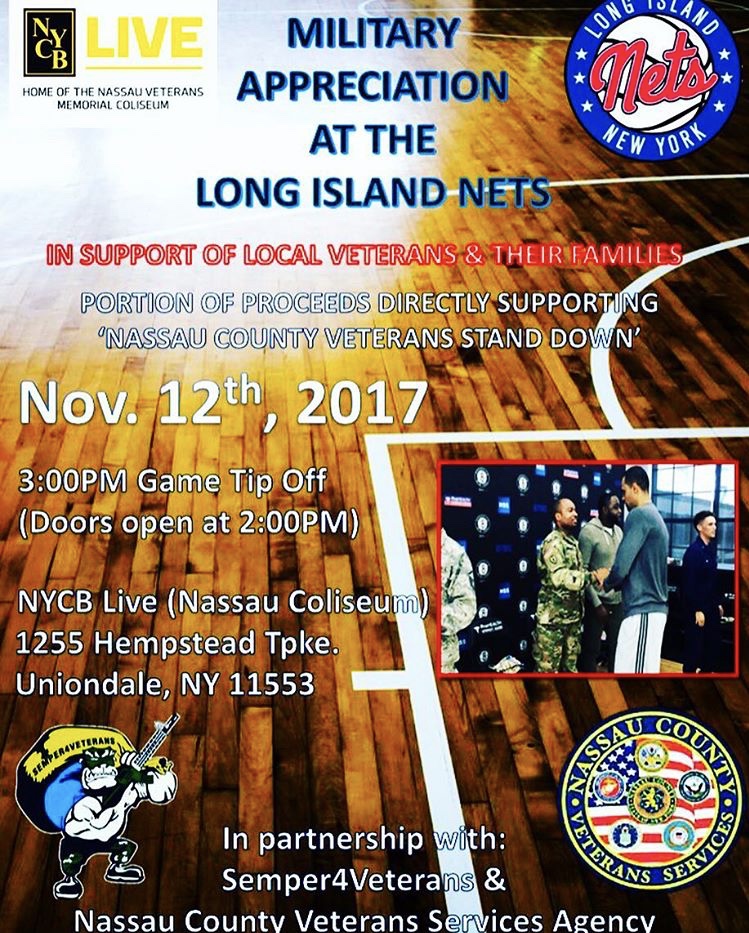 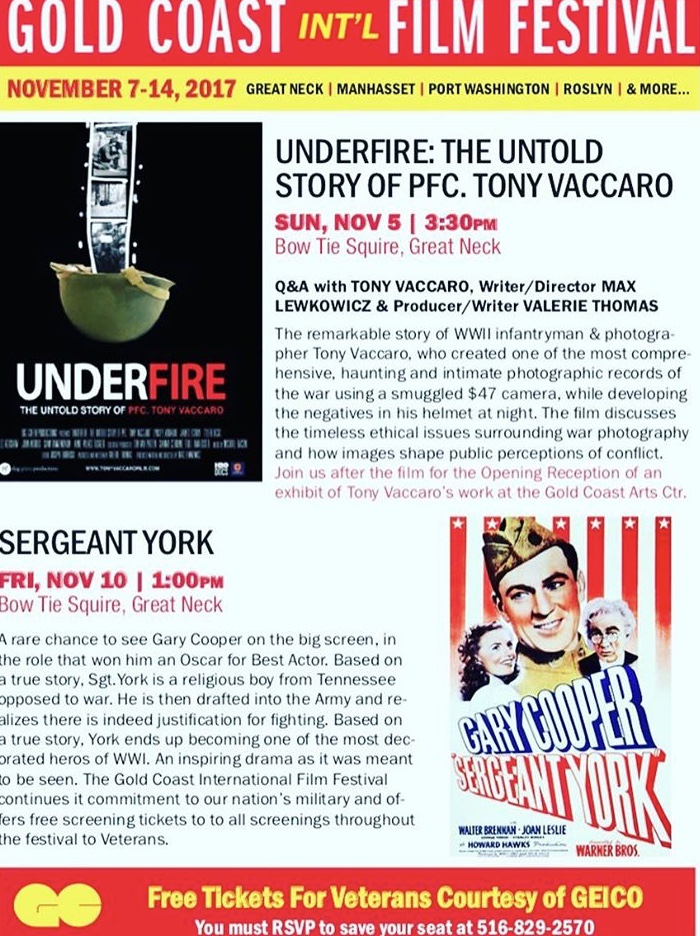 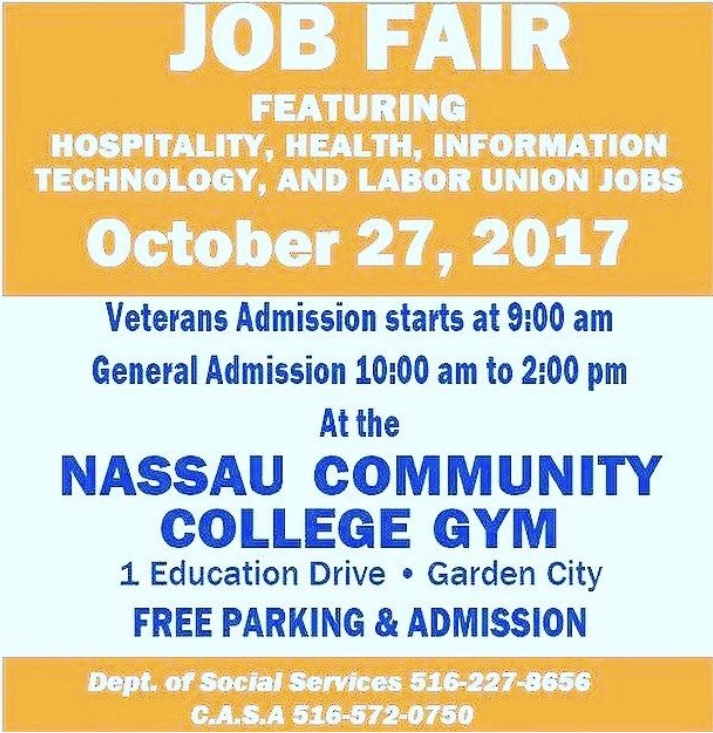 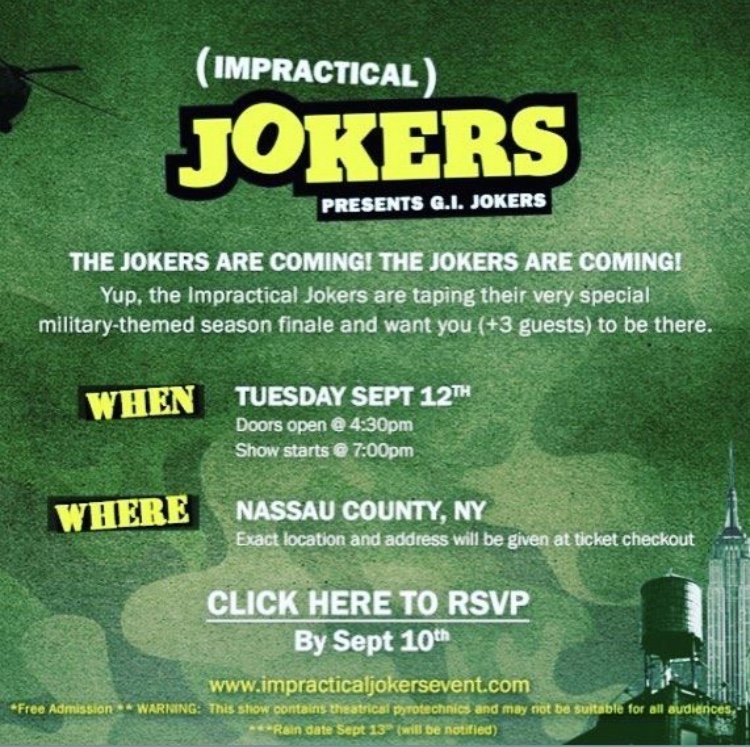 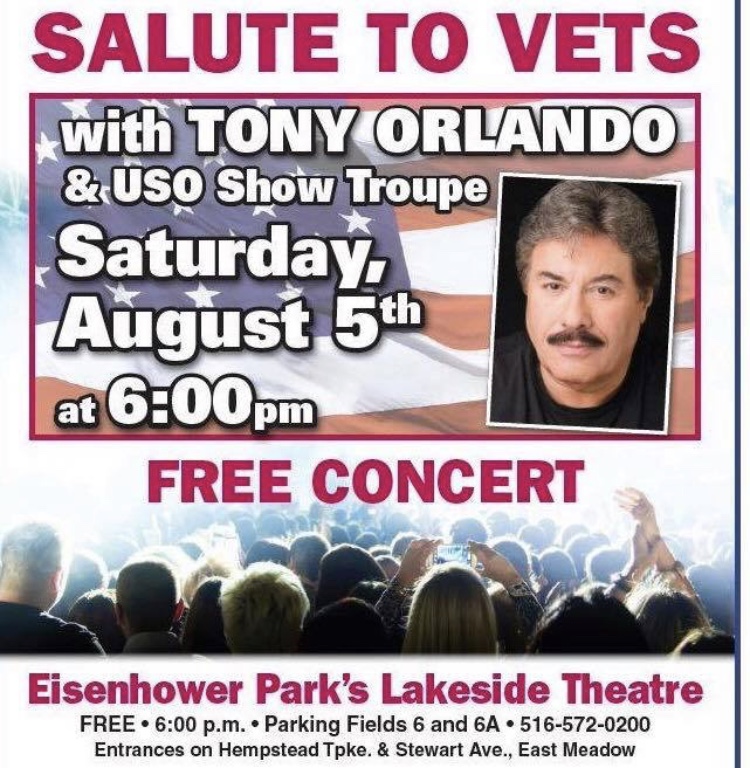 Filed under: Events
Comments: Comments Off on Salute To Vets with Tony Orlando 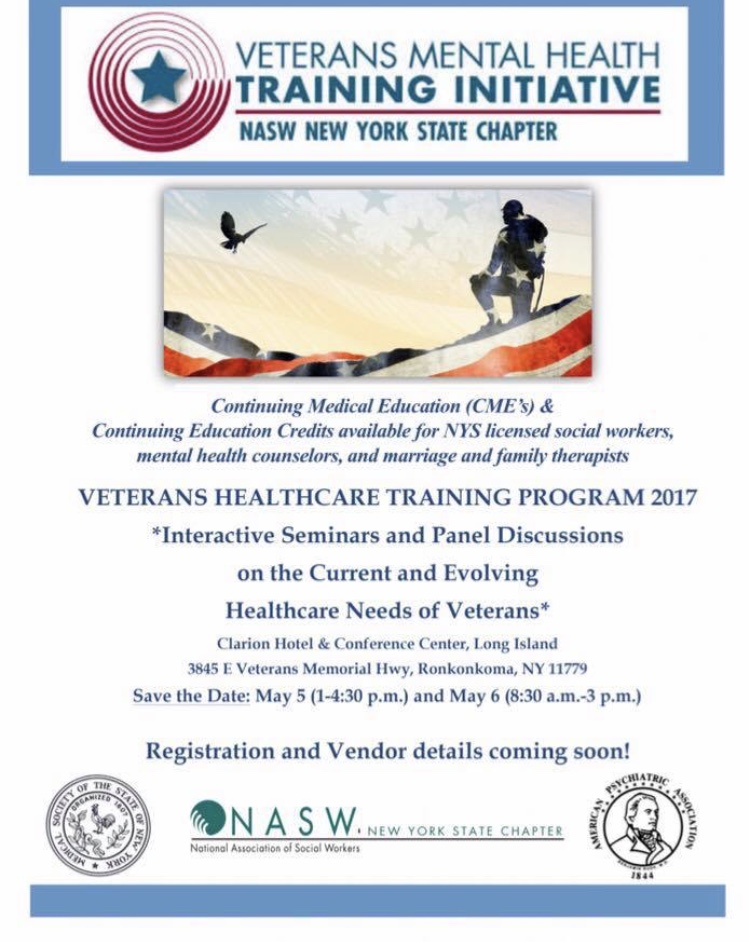 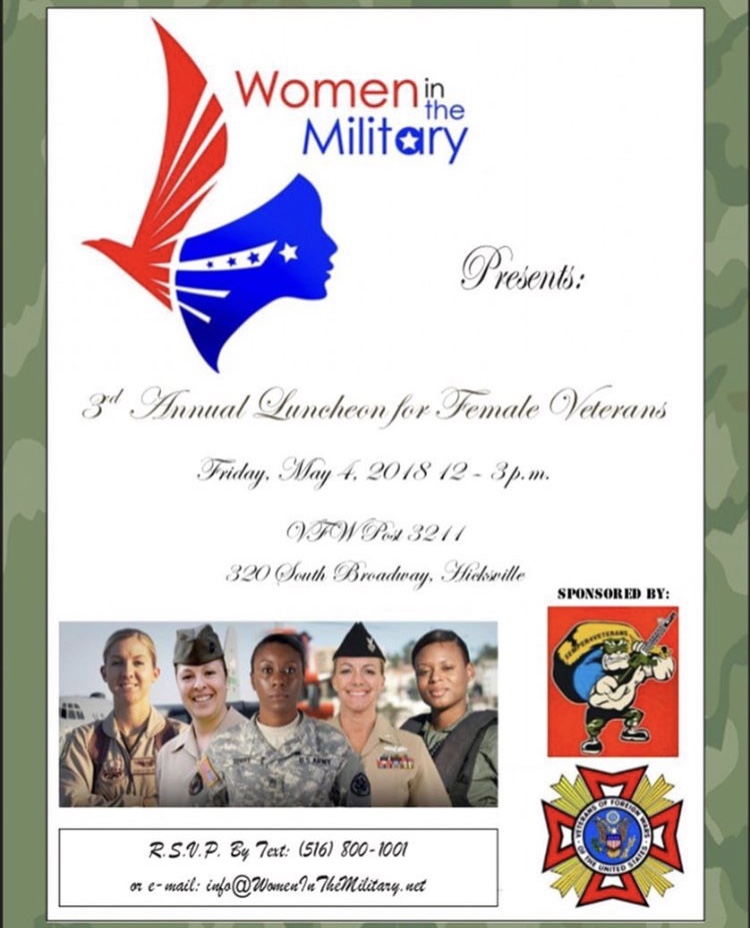 Filed under: Events
Comments: Comments Off on Women in the Military – 3rd Annual Luncheon for Female Veterans

My name is Erica xxxx; my spouse is an Honorable discharged Navy Veteran. We are a family of 5. I lost my job on April 2009. We have been struggling to pay our bills. Keith receives $ 758.00/monthly disability and I receive $ 305.00 weekly. It’s hard to pay our $ 1000.00 monthly rent and bills. I have a 24 hour notice from Lipa saying they are going to shut off my water. It’s been really bad these couple of months. I have been in job interviews and no call backs. I had to get school supplies for my kids from St. Patricks Church and I still need more supplies. Life has been really hard lately. I truly appreciate Mr.Espinoza and Semper4Veterans for helping us pay our water bill on time.

Filed under: Stories
Comments: Comments Off on My Name is Erica

For a small, non-profit organization, the Long Island based, Semper4Veterans is blazing new paths and setting new standards for serving the needs of returning veterans and their families.

The crew painted, repaired a fence, cut grass, and performed some minor repairs. Walmart also provided some new house wares for the veteran, a single father and marine veteran of Vietnam, and his family. The marine was chosen to receive the organization’s help because he was one of the first veterans who made contact with Semper4Veterans when it was first launched, back in August 2009.“I always had him in the back of my mind, so when Walmart called and asked me to suggest a veteran in need, he’s the first person I though of,” said Espinoza.

Mr.Espinoza knows firsthand of the struggles and transition difficulties of veterans on Long Island. He is one. He was honorably discharged from the Marines during the Gulf War Era, spending most of his military transition at the Veterans Affairs (VA) Hospital in Northport due to an injury suffered while on active duty.“It all started since I had been going to the VA hospital. I talked to a lot of the veterans and they’d tell me their problems, how they cannot even afford to buy food or clothes when it’s cold. I promised myself that when I finished college, I would start a non-profit that was going to help veterans and their families,” said Espinoza.

Semper4Veterans gets many referrals directly from the VA and other local agencies that are designed to support veterans. Often, these agencies refer veterans to Espinoza when they are unable to provide services or unable to continue services. Espinoza said, “A lot of vets now, they don’t know what’s out there. Also, a lot of vets are very proud, they say ‘I don’t need the help,’ I encounter that a lot, but if they knew what was out there for them, they’d take advantage of it.”

The primary goal of Espinoza’s organization is to provide assistance for families in need of groceries, clothing, utility bill payments, transportation fees, home repairs and other necessary living expenses.“I feel like a lot of people don’t know what we [veterans] go through, not only when we serve, but when we come home,” said Espinoza. “We have to change the way that we think, we have to adapt, it’s hard; it took me over a year to get back on my feet.”

Donations from private citizens, food drives, and fundraising are just some of the ways that Semper4Veterans has been able to build momentum and its resources to continue serving local veterans. Its service force consists solely of volunteers.“His dedication and drive to support his fellow veterans is remarkable; he’s been a blessing to Salvation Army Northport Veteran’s Residence,” said Salvation Army’s Program Director Deborah Rodriguez. “He looks at each individual person and what their needs are, he doesn’t group all of the veterans into a group.”

Over the course of Semper4Veterans’ existence, Espinoza’s good work has included helping a local veteran with airfare to Texas for a special rehabilitative surgery, providing rent for a soon-to-be evicted tenant, and providing basic living needs of a single mother. Espinoza said, “A lot of people don’t realize that there are female vets in need on Long Island, and it’s really sad.” He recently helped a single mother of two small children find a place to live and get a job, and buy groceries to sustain her children.

One very important task Espinoza said he had planned for the upcoming week was to help transport a patient to the VA for a pending back surgery appointment. The normal transportation available for such things was not going to accommodate the needs of the veteran who had no other way to get to the VA for his back surgery. Espinoza offered to personally transport him to his appointment. Espinoza said, “The people and the families that I’ve helped, it’s hard for me to say ‘no,’ so if you can prove to me that you really need the help, I am going to do what I can.”

“Mr. Espinoza is a credit to New York State, the Long Island Veterans community and a true role model for all of our nation’s youth,” said Nassau County Veterans Agency Deputy Director Scott Castillo. “In our discussions, his indomitable spirit, dedication, strength, and love of his country and community were evident; I am confident that Semper4Veterans will continue to promote the necessary essential services for all our veterans in need.”

Semper4Veterans also works with AMC Gourmet Foods/Bes’DamSoups to help feed Long Island veterans, and the volunteers of Semper4Veterans collect food and clothing donations that are transported to the Salvation Army in Northport. “My hope in dealings with Carlos is that he will get other young veterans involved and excited about serving their country in a different way,” said Rodriguez. “That [Semper4Veterans] will be the future of veteran organizations that will assist veterans; he is trailblazing, he’s saying, ‘We [veterans] are not done here yet.’”

From a simple idea, and because of his own struggles, Espinoza founded Semper4Veterans seven years later and has dedicated himself to helping other disabled veterans in need right here on Long Island. “I believe that if we can send people to war, when they return, we can find jobs for them, so they don’t have to struggle,” he said. “There has to be a plan for when they return; vets should not have to go through that.”

Semper4Veterans accepts monetary, food, clothing, and service donations. Any gently used clothes like shirts, sweaters, jackets, hats, shoes, and pants will be given to veterans on Long Island. Donors can contact the organization through its website www.Semper4Veterans.org or by calling (516)576-9500. Semper4Veterans will also arrange for donations to be picked up.